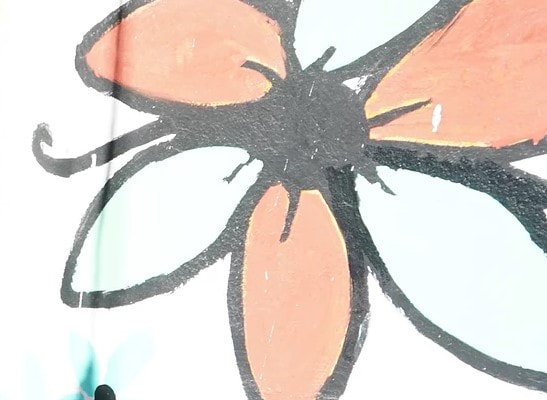 Fondation pour les Enfants d'Haiti (FEH) is a non-profit organization established in Haiti in 1989 to continue the work begun earlier in the 1980's under the name of Caribbean View Home for Children.  FEH is managed and directed by Haitians, under the leadership of Gladys Thomas, and the people who know best the needs of the children of their country and how to work within that country.  It's US Board of Directors is comprised of volunteers dedicated to serving children through FEH.

The Foundation’s commitment and effectiveness is rooted in the fact that it is a Haitian organization.  FCH was established by a Haitian woman, and has always been operated by Haitians.  The staff is experienced and capable.  They understand and respect Haitian people and culture.  And, since Haiti is their home, they are committed to the long term development of the country.

The Foundation for the Children of Haiti employs 236 Haitians in its various programs.  In a country where the unemployment rate is around 70 - 80%, secure and steady jobs are almost impossible to find.  Some of the FEH staff come from backgrounds of poverty, and many would otherwise be unemployed.  Providing 236 families with the means to support themselves, while changing the lives of those they care for, is a very significant aspect of FEH's work.

​The Mission of United States Foundation for the Children of Haiti (USFCH) is to share Christ’s love by partnering with Haitians to make life-changing opportunities available to vulnerable Haitian youth and families.
​

1981
Caribbean View Home for Children became  the responsibility of a group of volunteers affiliated with Young Life, a  Christian youth organization; and Gladys Thomas accepted the job of managing the orphanage.
1982
Haiti Home for Children became the new name for  Caribbean View Home for Children
1983
School of the Good Sower was opened on the grounds of Haiti Home for Children to provide elementary education for the children at the orphanage as well as  children from the neighborhood.
1986
Rainbow of Love Nursery was established to care for the increasing number of babies under the age of two who were being brought to FEH for care and some who were found abandoned at the General  Hospital.
1989
Fondation Pour Les Enfants d’Haiti  (FEH) became the name of the organization in Haiti, that was running the orphanage, nursery, and school.
​United States Foundation for the Children of Haiti (USFCH) became the name of the entity within which volunteers in the United States of American serve in  their effort to support FEH.
1993
Hope Institute for Handicapped Children opened to receive twenty-four children  found abandoned at the Port-au-Prince General Hospital.
1994-5
Hope Hospital, a pediatric hospital in Port-au-Prince, opened its doors for outpatient care.

Hope Hospital became fully operational for inpatient as well as outpatient  treatment of children.
1998
Hope Hospital expanded its mission to include  prenatal and maternity care.
2003
Children's Village of  Hope, a campus-style setting, opened its first building and became the new  site for Rainbow of Love Nursery and Hope Institute for Handicapped  Children.
2005
Adult Outpatient Clinic was opened at Hope Hospital.
2010
Catastrophic earthquake strikes Haiti.  Fondation Pour Les Enfants d'Haiti is spared devastation by the earthquake that destroys much of Port-au-Prince.  Thousands of patients are  treated at Hope Hospital.  Supplies, donations, and medical volunteers are sent  because it is known that the Foundation has a long track record of using  resources wisely and that it is already operational providing service to the Haitian people.
2015
Hope Hospital (Hopital Espoir) opens a pediatric unit
2016
Children's Village of Hope is transformed to to the New Academy of Excellence, "Nouvelle Academie D'Excellence".  The name reflects the Foundation’s commitment to modeling high standards – in its programs, facilities and out-comes – to demonstrate to Haitian children and the broader community that poverty in Haiti is not inevitable, and Haitians can aspire to the same standards expected and enjoyed in developed countries
2016
New Trade and Technical School in Mussotte - Christian Institute for Technical Training (C-Tech).  FEH and its partners located the Institute in a rural area in order to counter the trend of young people moving into the overcrowded city of Port au Prince. (The movement of people to large urban centers that lack space and services gives rise to significant social problems.)
C-Tech will begin by offering a few programs in trades where there is immediate demand for the technical skills. This will allow grads to find employment or establish their own businesses when they graduate.
2018
Hope Hospital opens a Dialysis Center